Our mission is to fulfill God’s word in Matthew 28:19 --- “Go ye therefore, and teach all nations, baptizing them in the name of the Father, and of the Son, and of the Holy Ghost.” Through HIS WORD we hope to empower all generations to become spiritually, mentally, physically, and financially blessed seeking guidance from the Holy Spirit as we worship God in SPIRIT and in TRUTH.

Shiloh Baptist Church brings together people of many different backgrounds and ages. We are a congregation of believers committed to sharing the message of Christ and guiding others towards faith in Him. We love those in our community with the same love Christ has given to us. The work of our church directs others towards the Savior in hopes that they will encounter the one true God and be transformed by His gracious love. We want our community to know that we are available as a place of REFUGE! Through all we do, say, and preach, we pray that we will shine the light of Christ to all those we encounter.

Shiloh Baptist Church was organized as a Mission in November 1968 with a total of 35 members. The first service was held in the Glenarden Woods Elementary School on Sunday, December 8, 1968. Rev. Harold C. Hunter was the Pastor, supported by an elected slate of officers. The Majestic Choir was the first choir to render music under the direction of Daniel S. Boone.

The first Benevolent Committee was established in January 1969, with Sister Alice Rice as Chairperson. In February 1969, plans were initiated to procure property belonging to Nathan Jones, which was located at Brightseat Road and Ardwick-Ardmore Road in Landover, Maryland. Also at that time, plans were initiated for the Mission to become an organized Church. Seven names for the new church were submitted by the committee and voted on. The majority decided that Shiloh Baptist Church would be the name. On February 15, 1969, with 13 members present, letters of commission were granted by the Shiloh Baptist Church of Washington, DC, and it’s Pastor Rev. Earl L. Harrison. We became the Shiloh Baptist Church of Landover, Maryland, with Rev. Harold Hunter as the Pastor, and Rev. Ralph Austin was the Assistant Pastor. However, in March 1969, Rev. Hunter resigned and Rev. Austin became the first installed Pastor. The elected officials included a clerk, Sister Marlene Ferguson-Brooks, financial secretary, Deaconess Daisy Chapman, treasurer, Deacon James Newton, two trustees, Roland Kenner Sr., and James Ferguson, and three Deacons, Elzie Foster, Wilbur Kenner, and James Newton.

In early 1970, with 64 members, the church services were transferred to the James R. Cousin Municipal Center, formally the Glenarden Municipal Hall.

In April 1973, after seeing his dream come true, God called Rev. Austin home. The Chairman of the Board, Deacon Roland C. Brownlee Sr., was left to lead and guide us. We continued striving to do God’s work. Different preachers were invited to preach every Sunday until November of that year when the church selected four final candidates. In March 1974, Rev. Paul P. Pitchford was elected the Pastor of Shiloh Baptist Church.

On Sunday, November 2,1980, the cornerstone was laid. The grand march from the Municipal Center to the new edifice was held on Sunday November 30, 1980. Rev. Paul P. Pitchford preached the first sermon and Rev. David Durham of Mount Sinai Baptist Church in Washington, DC delivered the inspirational dedication message. The organ was donated by Mr. & Mrs. Howard Reagan. Mrs. Reagan played it as were entered the new church. The oil painting depicting the praying hands and our church motto, “More Prayer-More Power, Little Prayer-Little Power, No Prayer-No Power” was designed and painted by Mr. Harold Shraug.

We were blessed to have had Mrs. Marlene Ferguson-Brooks as our church secretary for 25 years and Rev. Dr. Paul P. Pitchford as our Pastor for 20 years. They both retired on March 20, 1994. After Mrs. Ferguson-Brooks’ retirement, Ms. Cheryl Wright was selected to become our first fulltime church secretary. A Pulpit Search Committee was elected to search for a new Under Shepherd. For over a year and a half, the committee searched for a new Pastor but to no avail. Therefore, it was decided to elect an interim Pastor. In December 1995, Rev. Paul P. Pitchford was elected as interim Pastor until a new Pastor was elected. Shiloh started the process of obtaining permits to build a new edifice because the membership was bulging at its seams. Shiloh had no space for meetings, new ministries, or for the additional worshipers on Sunday mornings. Groundbreaking Service for our new edifice was held on June 4, 1995.

The search for our Pastor and the building process continued. On December 7,1996, Rev. Be Louis Colleton was elected Pastor and officially began serving in this capacity on January 16, 1997. On January 4, 1997, we marched into our new edifice and dedicated it back to God.

WE NEED TEXT FOR THIS SECTION

WE NEED TEXT FOR THIS SECTION 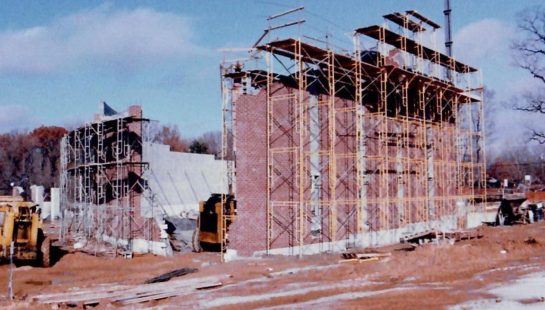 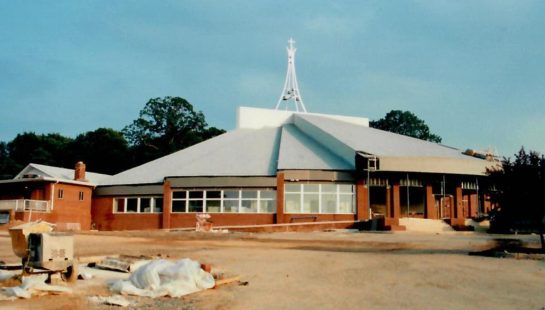 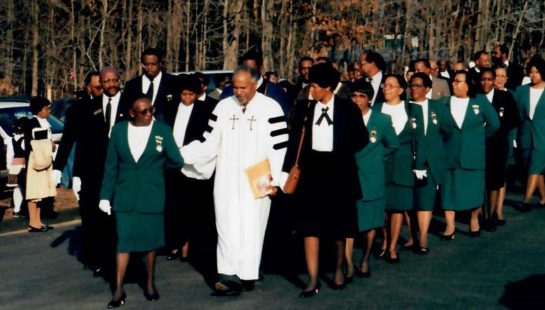 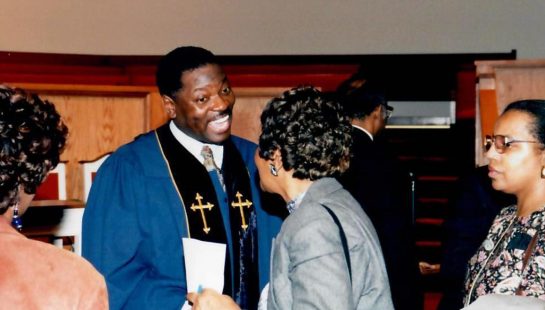